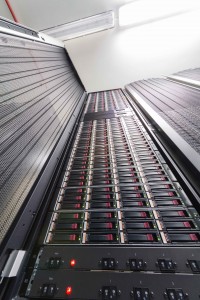 With the many improvements in customer data collection, companies of any size can leverage information to improve products and customer experience. However, many smaller organizations have the misconception that this undertaking is so massive that only enterprise level organizations can capitalize on it. In reality, the following three factors can be leveraged by any organization, regardless of size.

So many pieces of equipment today are equipped with the ability to “phone home” and report back to the mother company. This reporting includes system crashes, customer usage, and identifying why problems happen so they can be patched. More products than ever before — including washing machines, cars, and even refrigerators — now connect to the Internet and provide vital information to organizations.

Such sensors are actually not too costly in most cases and can be included easily in a variety of products. Being able to build a better customer experience is vital to staying competitive in the market. A business can accomplish this by finding out when its products develop issues and quickly resolving them — without a single call made to a customer service agent.

Devices can also collect data about the consumers who actually use the product. For example, when users log into Facebook to create accounts for a smart watch, the manufacturer can see live demographic information that can then be directly utilized by advertising and marketing departments to understand what demographics are consuming the product and what audiences are still untapped.

Product development and sales aren’t the only places where data can help improve operations. Companies can also use data to improve shipping logistics by getting more accurate reads on the amount of time required to send shipments out, and HR can compile the profile of ideal employees by matching the elements of current employees with prospective job candidates.

Data is typically thought of as something that is primarily used by IT, but nearly every aspect of an organization can capitalize on it to improve decision making. It is important to remember that collecting data is useful for any organization. Small companies of all verticals and industries can utilize data. It’s up to the organization to make the jump. 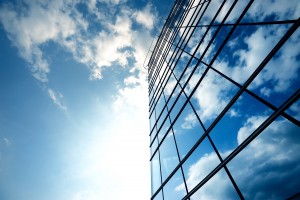 Despite the increasing popularity and adoption of cloud services, many misperceptions still abound about their potential disadvantages. Companies considering a cloud service purchase should carefully sort through both the hype and the myths about cloud computing before making a purchasing decision.

Cloud misperceptions vary, but three primary myths have emerged that might cause IT decision makers to stop and reconsider their cloud purchase plans. However, the reality behind these myths should give buyers reassurance when it comes time to make a cloud decision.

With data and functionality increasingly moving to cloud services, IT employees may be concerned about being replaced by the very technologies they choose to deploy.

While this isn’t a completely unfounded concern, the reality is that cloud services are largely being adopted by younger and smaller companies that don’t already have in-house IT departments. The ability of the cloud to provide IT services that such companies would otherwise have to build from scratch is one of its primary advantages.

For companies that already have an established IT team, cloud services aren’t likely to steal away jobs anytime soon. Companies may move some of their data and processes, particularly storage, to the cloud, but most companies will continue to house critical data on private networks in a hybrid approach. In-house IT will continue to be needed to support private network operations.

One of the most common and persistent misperceptions about the cloud is that it opens up companies to a variety of new security risks. The thought of having data leave the safety of the corporate security fortress and travel via potentially unprotected connections to a public cloud creates concern over attacks on a company’s critical data.

In reality, because of their singular focus on providing data services, cloud providers often have some of the best security experts on staff who focus entirely on predicting security vulnerabilities and protecting against attacks on client data.

Some companies worry that once they allow their data to transfer to a cloud service, they will lose control over it or have difficulty moving it or getting it back. This myth likely circulates because in the past, it had some truth to it. Making a cloud transition sometimes meant data was locked in with the chosen provider.

But trends surrounding this cloud concern are changing. Some of the larger cloud providers offer tools that make it easier to control and move data when the company chooses. Amazon’s Snowball appliance allows customers to easily migrate data, and Velostrata introduced an appliance that eases the migration of data to and from the public cloud.

Cloud services provide many benefits to companies that want to improve their operations and increase efficiencies. IT decision makers have a responsibility to choose a cloud service that protects the company’s data assets and provides the right services for its users.