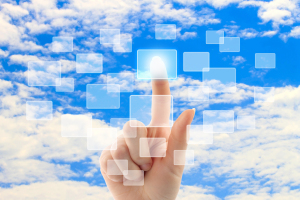 As recently as a few years ago, entrepreneurs requiring computing solutions would have had little choice other than to make major IT investments. However, the advent of the cloud has changed the playing field, both for business owners and their customers.

Recent studies have quantified the impact cloud computing has had on global businesses; according to Gartner, a leading market research firm, cloud computing services generated over $150 billion in revenues in 2014.

The cloud offers a convenient and cost-effective alternative to traditional IT delivery methods, allowing entrepreneurs to access and customize software programs, data storage and backup services, and a wide range of other specialized functions and applications over the Internet.

Major benefits of the cloud include:

Cloud computing has a wide range of applications in the business world, but there are four primary ways in which the technology is used:

How to Choose a Cloud Provider

Businesses should carefully assess cloud providers based on terms, pricing, and service level agreements, as well as security and reputation. Many providers offer low-cost trial periods, which businesses can take advantage of to test compatibility.

It’s important to make a thorough needs assessment in partnership with providers. Topics to address should include:

The cloud offers a scalable, flexible, affordable route to improved IT performance that is ideal for businesses with limited IT resources.